The natural inclination and deeds of the old nature are nowhere more cleverly disguised than in Christian service. Just because someone is actively serving the Lord, or at least outwardly appearing to do so, does not mean that God is pleased. Often we do not realize that selfish interests are involved, and this is what makes fleshly service so deceptive. This account of Gehazi’s trickery is helpful in evaluating our old service to see whether or not our interest, or God’s interest, is really at the heart of our labors.

Gehazi was a servant to Elisha (v. 20), the servant of God. The two held different stations, but both were equally responsible for being servants of God. Being around godliness or godly man is not enough. There is always personal accountability to our Heavenly Father for a godly, dedicated walk. It was not enough that Gehazi was identified with a godly man like Elisha; Gehazi needed to be godly himself. We cannot rest on someone else’s laurels.

Gehazi saw Naaman as an income producing statistic rather than a sinner saved by grace (v. 20). Elisha, on the other hand, was concerned for the new converts spiritual well-being (v. 19). How do we view potential “converts?” As more income to meet the budget? If so, then we have a lot in common with Gehazi. What will it take to get us to compromise our message in order to keep more Naaman’s in the congregation? Is our honest desire spiritual growth or carnal gain?

Pious talk is often an attempt to cover an underlying deception of the heart – in this case an out right lie (v. 22). It is terribly tempting to talk about all we do for the Lord or how tirelessly and selflessly we serve and the Lord’s vineyard; but mere talk is a dead giveaway for a listless spirit within. Yes, Gehazi prospers for the moment (v. 23); but another ally is needed and so on, and so on, as the ditch defense (v. 25). The sin of selfishness in the end bears bitter and lasting fruit (vv. 26-27).

The preoccupation of Gehazi with the things which would seemingly bring gratification to the flesh pointed to the inner spirit of covetousness – the fountainhead of evil. Beware of this plague! Follow after the right things! Blessings are assured now, and reward later. Flee selfishness; follow after godliness! Which of the two are we living in our lives of Christian service? 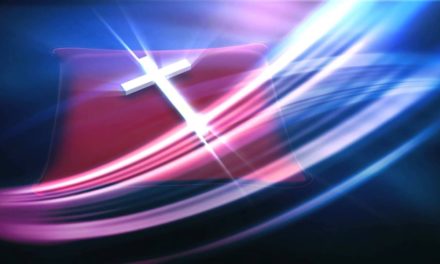